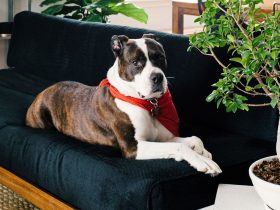 Pitbull Training Questions: How Do I Train My American Pit Bull Terrier

Pitbulls are some of the most fearless and loyal dogs you will ever meet, making them great animals to have around. However, they’re not without their problematic side. This article will cover the dog’s typical characteristics and how to take care of your Pitbull best if you adopt one.

What are the true characteristics of a Pit Bull?

Contents show
1 What are the true characteristics of a Pit Bull?
1.1 How they became stigmatized
1.2 The stigma behind them
1.3 Where do they come from?
1.4 How big can you get one?
2 Conclusion

Pit bulls are considered one of the most popular breeds of dogs worldwide for a good reason. They are loyal, courageous, and have a strong sense of purpose.

However, some things to be aware of when owning a Pit Bull may not be well known. Here are five of the true characteristics of Pit Bulls.

1. They are loyal dogs.
Pit Bulls have a deep-seated loyalty to their owners and will fiercely protect them from anyone threatening them or their home. This loyalty is especially evident during times of chaos, such as when someone enters a room they’re not supposed to be in or when another animal attacks their dog.

2. They are courageous dogs.
Pit Bulls have innate bravery that allows them to face any challenge head-on, no matter how daunting it may seem. This trait is often used when working as service animals or law enforcement dogs, where they’re often called upon to confront dangerous situations alone.

3. They have a strong sense of purpose.
Pit Bulls were bred as working dogs, and this legacy has never been lost on them.

How they became stigmatized

Pit bulls have been known to be one of America’s most dangerous dog breeds for a few years. Many people believe that pit bulls should be banned from owning or even being around children because of how bad they are. However, this is not always the case. Pit bulls are one of the most loyal dog breeds and can be great family pets.

A few things make pit bulls so determined and aggressive when it comes to fighting. The first thing is their heritage. Pit bulls were originally bred to fight other animals, so they’re genetically predisposed to being aggressive.

Secondly, many pit bulls are raised in environments constantly fighting for dominance. As such, they learn to associate aggression with success.

Lastly, some people mistreat their pit bulls by using them as attack dogs or punishing them when they misbehave. This can also lead to aggression.

Despite their negative reputation, there are plenty of good reasons pit bulls make great family pets. They’re usually affectionate and loving towards their owners and can be very loyal. They’re also very active and keep you entertained for hours.

The stigma behind them

The pit bull has been labeled as one of the most dangerous dog breeds in the world. The breed’s reputation is more than just a stereotype; it’s based on facts. Pit bulls are more likely to bite people than other dog breeds, and they are also more likely to kill people.

Despite these serious concerns, many people still consider pit bulls aggressive and dangerous animals. Unfortunately, this stigma has led to many pit bulls being banned from homes and communities and becoming targets of abuse and cruelty.

If you’re considering getting a pit bull, it’s important to understand the true characteristics of this breed. First and foremost, pit bulls are loyal companions who love to be around people.

They’re also very active dogs who love to play fetch and run around. Contrary to popular belief, pit bulls aren’t automatically dangerous; they can be loving and gentle if raised correctly. A pit bull is definitely worth considering if you’re looking for a loyal friend who loves to play!

Where do they come from?

The Pit Bull is a Staffordshire Bull Terrier mix. They are typically bred in the United States and Britain, but there are also pit bull mixes from other parts of the world, such as China and Argentina.

The pit bull was originally bred to fight other animals, such as bulls and bears. However, the pit bull has been used for dogfighting and other illegal activities.

Today, the pit bull is considered one of the most dangerous dog breeds in the world. There have been numerous reports of pit bulls attacking people, particularly children.

There are a few things that you should know if you are considering getting a pit bull puppy. First, ensure you have enough space for the dog to run and play.

Second, be prepared to have your dog obedience trained early. Third, be careful when walking your dog in public – especially if it is a pit bull mix.

How big can you get one?

Pit bulls are one of the most popular breeds of dogs in America. They are generally friendly and playful, making them great pets for families.

As you may or may not know, pit bulls have been the target of negative attention in recent years. This is due to several reasons, but one of the primary ones is their reputation as dangerous dogs.

However, this reputation does not accurately reflect the true characteristics of pit bulls. If you take the time to get to know them and understand their temperament, you will find that they are quite gentle animals.

So why do so many people believe otherwise? The answer lies in how pit bulls are bred – typically, they are bred for combat purposes rather than companionship.

As a result, they tend to be more aggressive and difficult to control than other breeds of dogs. If you’re looking for a loyal friend who won’t try to bite your head off when you leave the house, a pit bull might not be the best choice for you.

But if you’re looking for someone to help defend your home against intruders or provide protection during high-risk situations, then a pit bull could be an excellent choice. 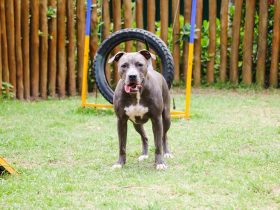 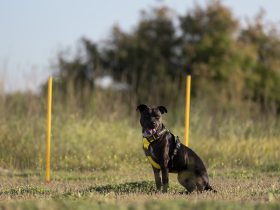 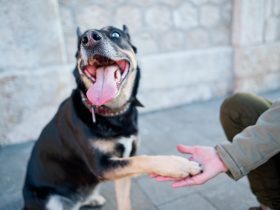